Two-dimensional (2D) semiconducting bismuth oxyselenide (Bi2O2Se) has been widely used in photodetectors, sensors, and RRAMs due to its high stability and decent mobility. However, almost all these devices are based on in-plane carrier transport at the microscale. At the nanoscale, the electrical properties of 2D materials play an important role in the performance and/or mechanism of related microscopic or macroscopic electronic devices. 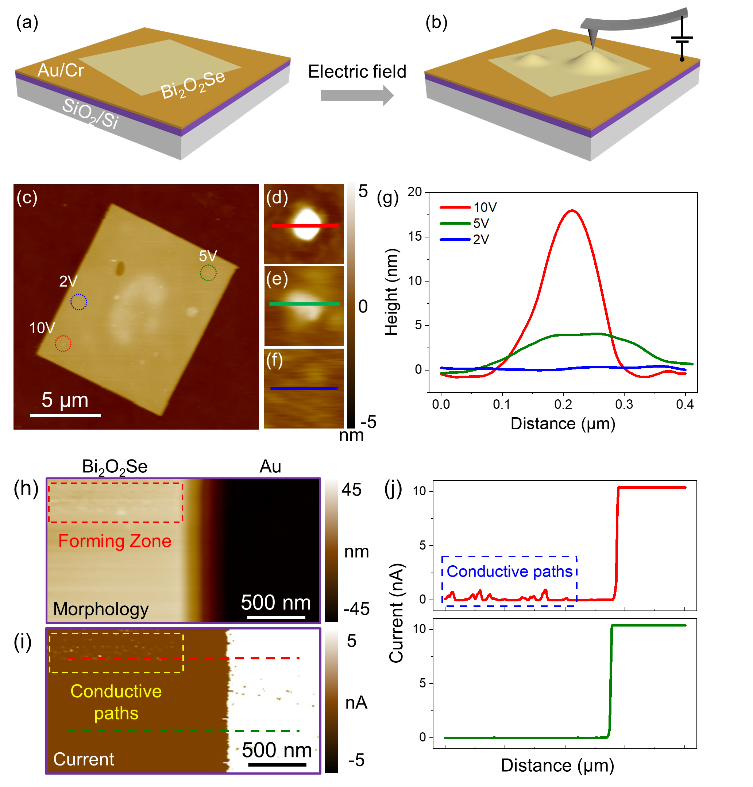 The formation of hillock on Bi2O2Se flakes after the application of vertical electrical field. 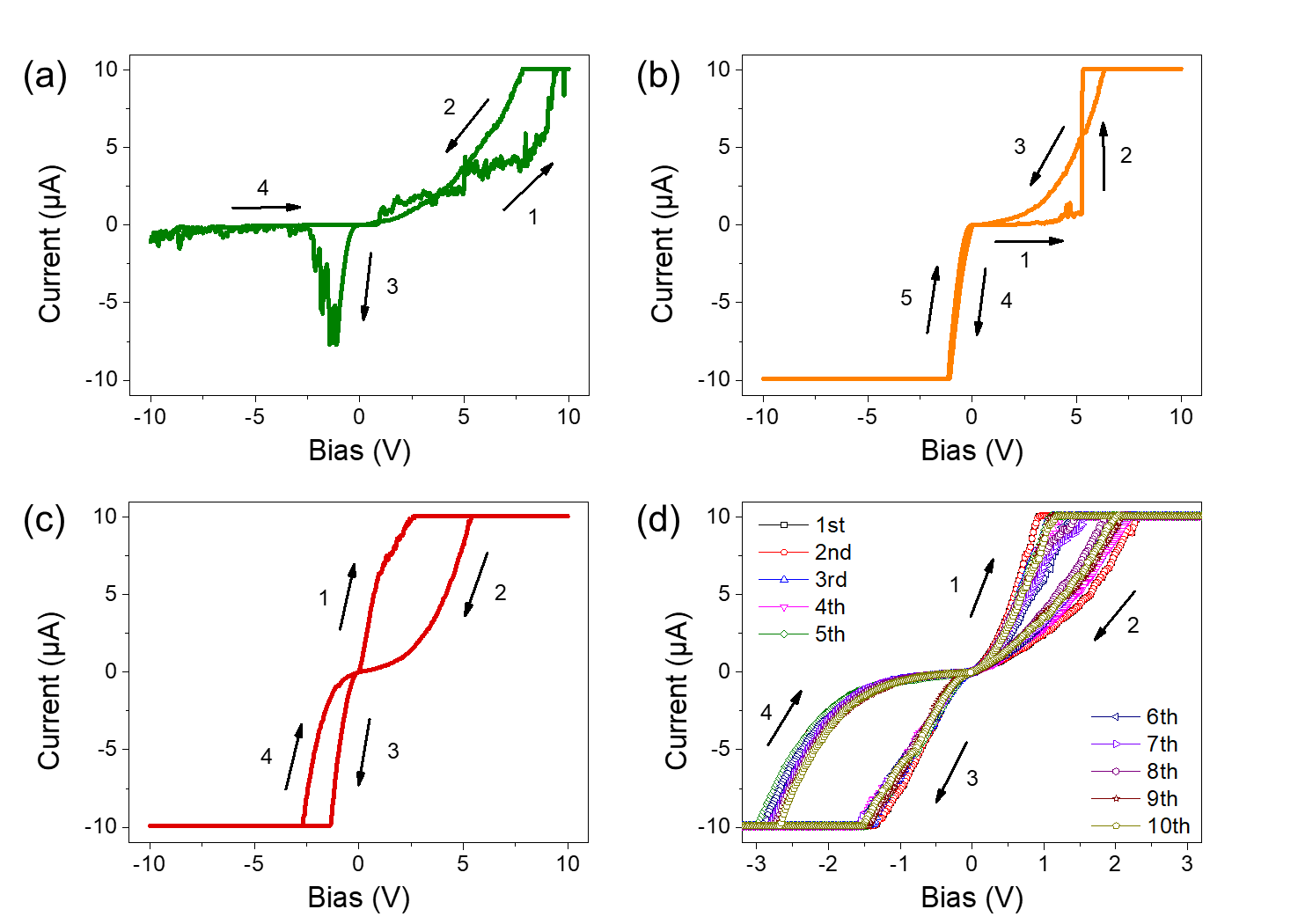 The transformation from bipolar to stable unipolar conduction in thick Bi2O2Se flakes.