On August 28, the finals of the 10th National Marine Vehicle Design and Construction Competition kicked off at Shanghai Jiao Tong University. The competition is organized by the China Association for Science and Technology and the Ministry of Industry and Information Technology of the People's Republic of China, co-sponsored by China State Shipbuilding Corporation Limited, the Chinese Society of Naval Architecture and Marine Engineering, the International Innovation and Cooperation in Naval Architecture and the Marine Engineering Alliance along with other organizations, and hosted by Shanghai Jiaotong University along with other organizations. Tsinghua SIGS student team’s project, "Spherical Unmanned Surface Vehicle,” submitted by Wang Kaiyong, Shu Mingrui, Li Mingyang, Jing Hongzheng, Wang Jingwei from the Institute for Ocean Engineering, won the championship of the A2 group in the New Concept and Innovative Design Category and was awarded a special prize.

The China Marine Vehicle Design and Construction Competition is the highest-level, largest-scale, and broadest-in-scope science and technology innovation competition for students in the fields of naval architecture and marine engineering in China. This year, the scale of the competition was further expanded, and a three-tier competition system based on national, regional, and university levels was set up, attracting a total of 8,985 students and teachers from 389 universities and research institutes at home and abroad to participate in the competition. In the end, 666 works from 128 universities and institutes, including Tsinghua University, Shanghai Jiao Tong University, Zhejiang University, Harbin Engineering University, University of Strathclyde (UK), University of Stavanger (Norway) and Delft University of Technology (Netherlands), were selected for participation in the finals. Huang Xuhua, scholar and recipient of the Top National Award for Science and Technology, Zhu Yingfu, scholar and the chief designer of the Chinese aircraft carrier Liaoning, Lin Zhongqin, scholar and president of Shanghai Jiaotong University, and Qiu Zhiming, a scholar and well-known expert on shipborne equipment and applied engineering, attended the finals and encouraged these young scholars to pro-actively participate in the important work of helping their country become a naval superpower. 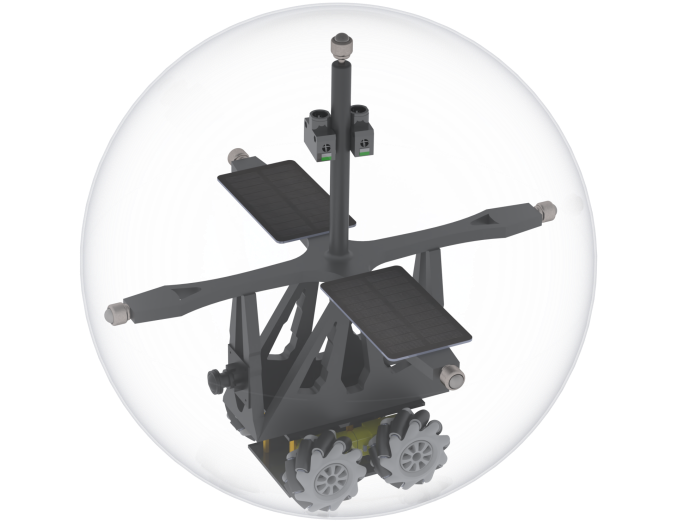 The team proposed a new conceptual design of a spherical omnidirectional rolling surface vehicle, which changes the motion pattern of vehicles from traditional propeller propulsion to rolling on the water surface so that it can adapt to complex coastal environments and can move among the ocean’s surface, intertidal zones, algae, and other coastal water environments. It can carry a variety of remote sensing sensors that can provide sustainable and environmentally adaptable observation methods for the exploration of scientific issues such as carbon neutrality and carbon peaking in coastal areas. The vehicle can offer mobile observation nodes and communication positioning nodes for ocean observation, environmental protection, and marine scientific research. It acts as a buoy and navigation system. It is an addition to the existing varieties of observational vehicle systems and provides new ideas for marine vehicle design. Currently, the project team has applied for PCT international patents and several Chinese patents.

This project is supported by the Southern Marine Science and Engineering Guangdong Laboratory (Guangzhou) Shenzhen Branch and Shenzhen Key Laboratory for Marine IntelliSense and Computation. The spherical omnidirectional rolling surface vehicle is an important part of unmanned underwater vehicle series and will play an important role in bringing about intelligent and autonomous marine observation systems. 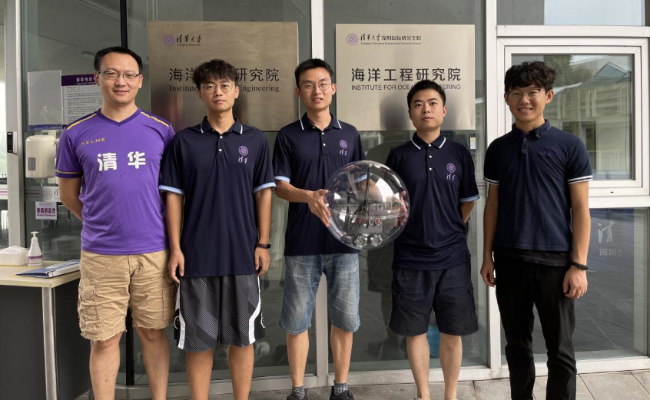