The excessive use of fossil fuel energy has caused serious environmental problems. Hydrogen (H2) is a clean energy carrier with zero-carbon emission and can be produced by water electrolysis driven by renewable energy, which is beneficial for future global carbon neutrality. Polymer electrolyte membrane (PEM) electrolyzer technology is highly efficient and allows for high hydrogen production rates with current densities up to 2,000 mA cm−2, but suffers from problems of poor stability, high cost and low efficiency. Commercial water electrolysis is usually catalyzed by noble metals like platinum (Pt) and iridium (Ir) to produce hydrogen, but these noble metals are scarce and have poor stability especially under large current density. Reducing the use of noble metals or developing noble-metal-free catalysts with high activity and durability have been targeted for decades, but are far from satisfactory, especially under the large current densities demanded by industry.

Besides large current operation, in practice, stability is another key issue for hydrogen production electrodes, and is usually obtained by anchoring catalysts on a conductive substrate using a binder like Nafion. With this approach, the adhesive force is usually weak and the catalysts loaded on the substrate often peel off upon hydrogen bombardment when a large operating current density is used in the hydrogen production, resulting in a short service life of the electrode. Such a structure also inevitably results in a large interface resistance between the catalyst and the substrate, which slows electron transport and causes serious Joule heating, especially at large current densities. As a consequence, the energy conversion efficiency is low, indicating the need to design the catalyst/substrate interface in a conceptually different way. Directly growing the catalyst on a conductive substrate could significantly improve the adhesion between them, improving the robustness of the electrode. Such a technique, however, cannot eliminate the interface resistance, especially when catalyst-substrate interaction is dominated by Van der Waals forces or ionic bonds. Therefore, the challenge in producing such an electrode is how to achieve a high-efficiency (ultralow or even zero interface resistance) and long-durability (strong interface binding forces) hydrogen production under large current densities.

Recently, Prof. Bilu Liu’s research group and cooperating researchers have developed a new monolith catalyst (MC) with robust and metallic interface for highly-efficient hydrogen evolution at large current density. Specifically, a metallic transition metal dichalcogenide (m-TMDC) is vertically grown on a substrate of the same metal using an oriented-solid-phase synthesis (OSPS) method. Due to the nature of the monolith, charges can be directly transferred from the substrate to the catalyst without crossing van der Waals interfaces, providing highly efficient charge injection and an excellent hydrogen evolution reaction (HER) performance. This MC has almost zero interface resistance and therefore offers unimpeded electron transfer. Moreover, the catalyst is bonded to the substrate by strong covalent bonds, which gives excellent mechanical stability to withstand the large current densities needed for efficient hydrogen production. As an example, a tantalum-tantalum sulfide (Ta-TaS2) MC with a large area has been synthesized by the OSPS method and shown superior hydrogen evolution activity, achieving 2,000 mA cm−2 with a small overpotential of 398 mV and continues working for more than 200 h under large current densities in a 0.5 M H2SO4 electrolyte without noticeable performance decay. The MC can be prepared in large scale and at a low cost, which fills the gap between lab tests and industrial use. Because of the way the material is prepared and its high catalytic performance, this method may be applied to other materials or reactions to solve problems in the energy, chemistry, and industrial fields. 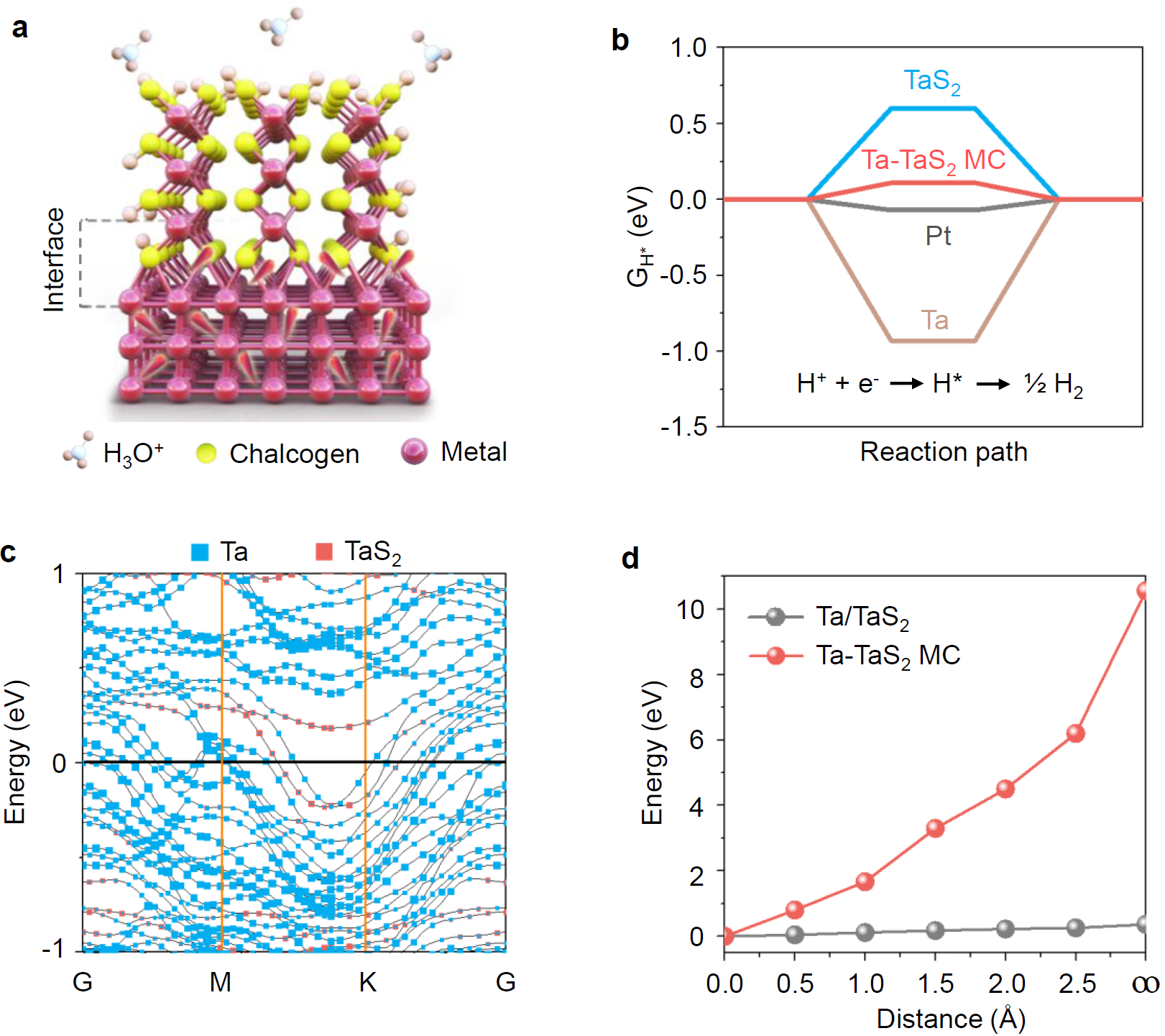 Figure 1. Structure and properties of the Ta-TaS2 MC material. 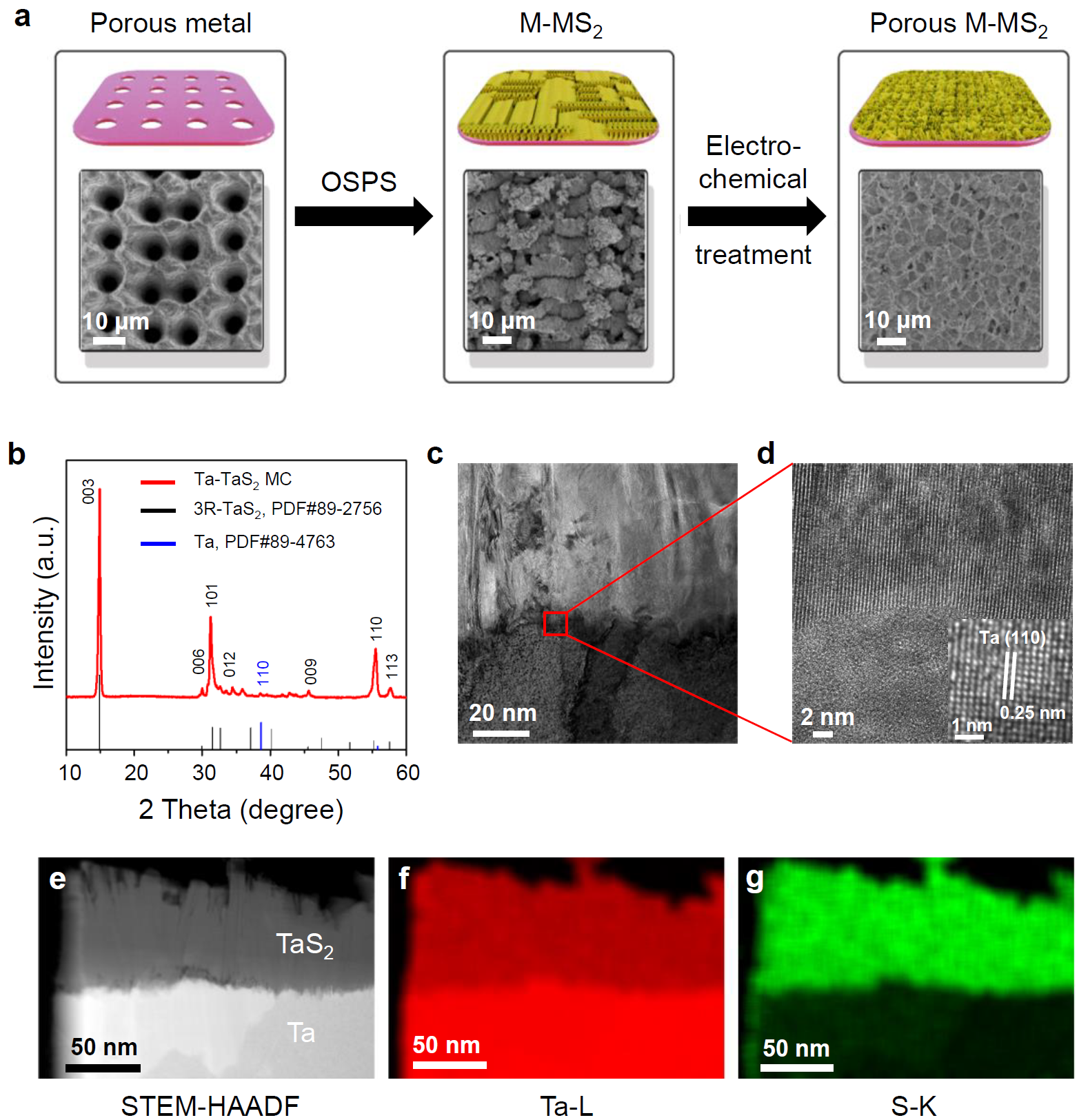 Figure 2. Synthesis and characterization of the Ta-TaS2 MC.

Figure 3. Mechanical and electrical properties of the Ta-TaS2 MC. 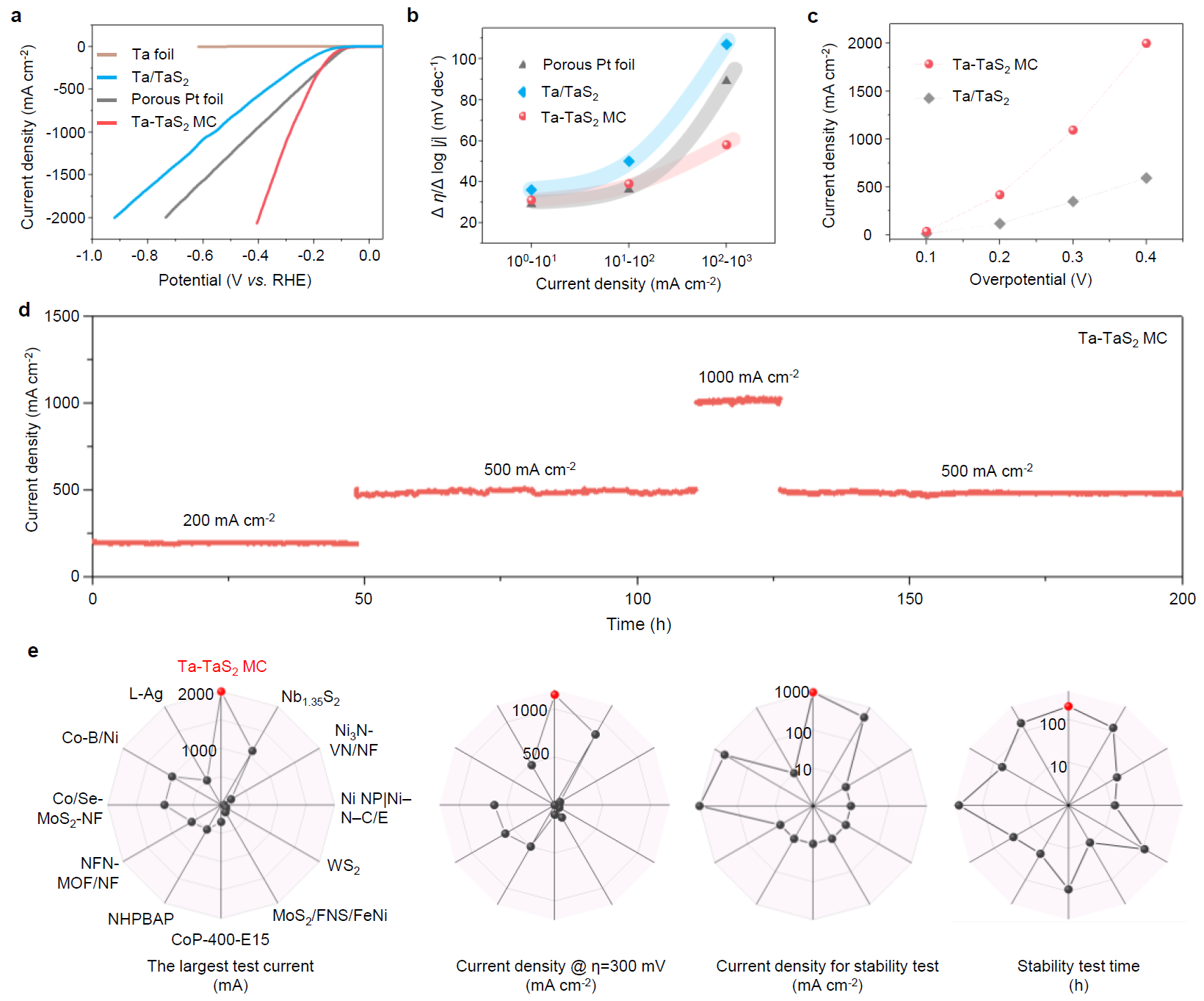 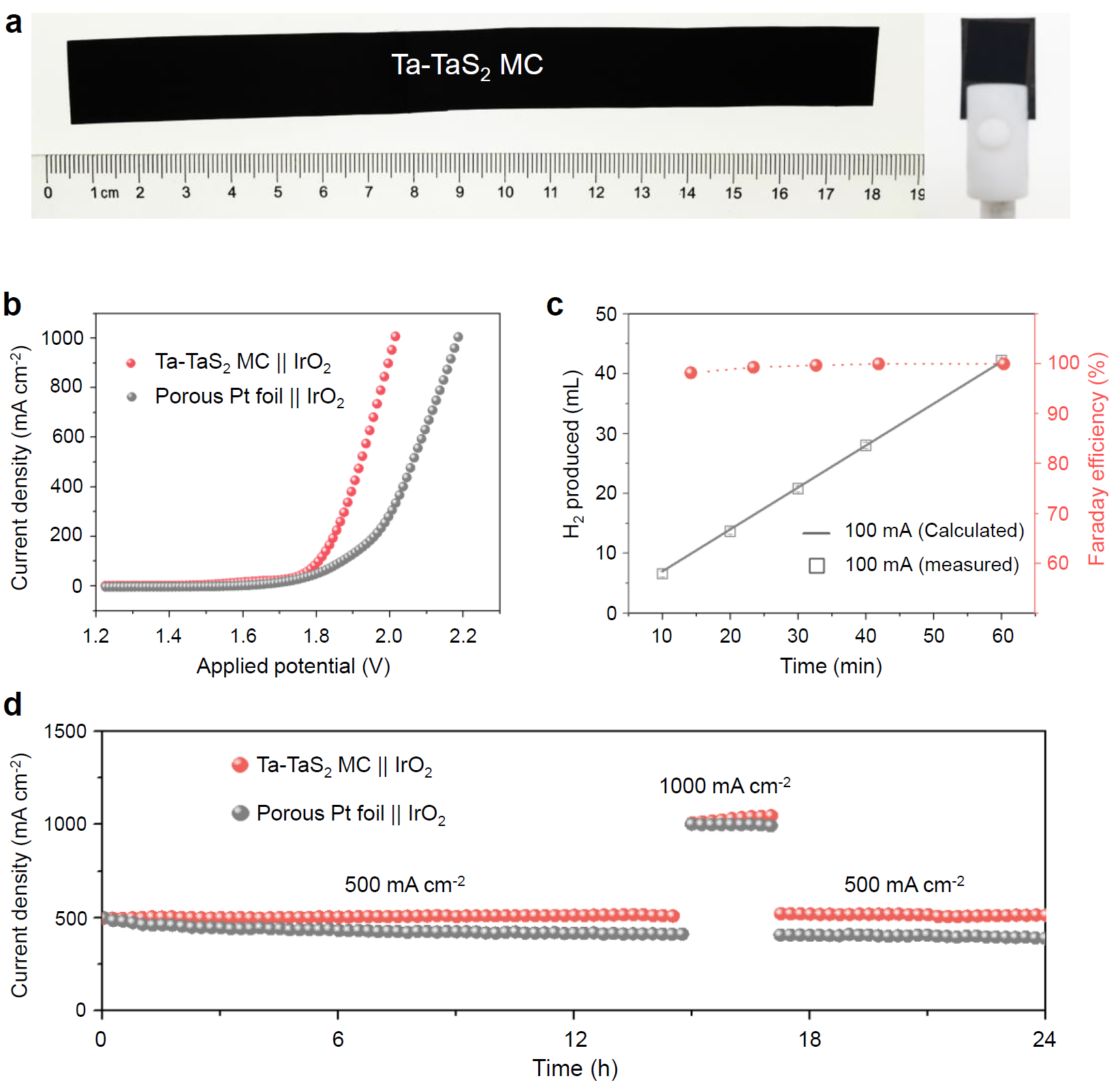