Excellent and convenient human-computer interaction systems promote the renewal of human technology and bring great convenience to human production and life. Most current human-computer interaction interfaces are based on visual and auditory feedback, while advanced haptic feedback systems are also important tools in the field of human-computer interaction. In recent years, mechanical haptic feedback devices based on electromagnetic, shape memory alloy, or magneto-rheological fluid technologies have been used in displays, robots, and virtual reality systems, but these devices are often large and inflexible and are prone to distortion in applications. New technologies and tools are needed to break through, especially flexible devices based on haptic feedback and interactive systems that will have a broader application prospect. 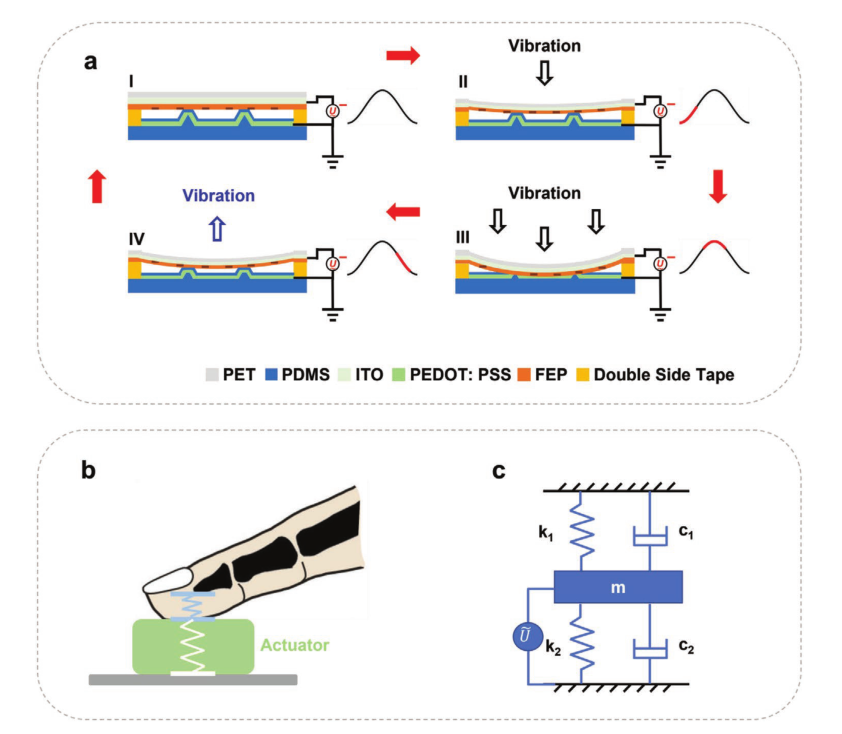 Recently, Qian Xiang and Wang Xiaohao's team from the Tsinghua SIGS Division of Advanced Manufacturing, and Lin Liwei's team from the University of California, Berkeley have collaborated to charge electret thin film materials using an airflow-assisted corona charging device and constructed a flexible driver system consisting of a sandwich structure of Polydimethylsiloxane (PDMS), Fluorinated ethylene propylene (FEP), and conductive polymer PEDOT:PSS (see Figure 1). The device is flexible with good transparency properties and can be covered on any human-computer interaction surface with haptic feedback. Theoretical modeling and experimental validation show that the drive voltage of this flexible actuator can retain the sensation of stimulated skin at as low as 20 V, enabling basic tactile feedback functionality. At a drive voltage of 200V, the system can produce an output force of approximately 55mN, which is greater than the output force of a typical commercially available mobile phone in vibration mode (Figure 2). The flexible electret actuator array can be programmed with arbitrary waveforms to produce spatial and intensity discrimination on the human skin, allowing different "command" tactile feedback signals to be edited. 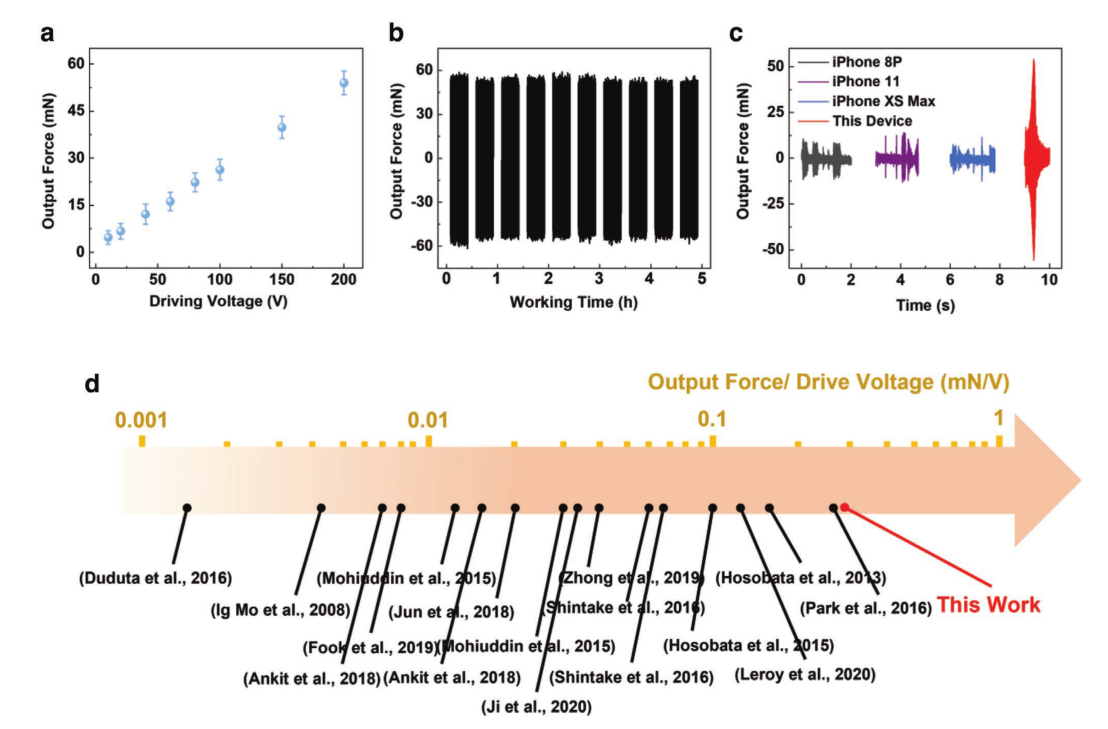 Figure 2. Evaluation of the output performance

On the basis of this device, the research team designed a complete cognitive assistance system and presented two types of human-machine interface demonstrations for blindness assistance (Figure 3): 1) a tactile-assisted navigation system with the programmable vibration waves of “Left,” “Right,” “Forward,” and “Stop,” can assist navigation in noisy environments instead of voice interaction; 2) a tactile-based braille system, which generates a specific output through a 6-pixel actuator array to assist human-machine communication. In the future, the research team will further expand the application of the device in biomedical and creative interaction fields. 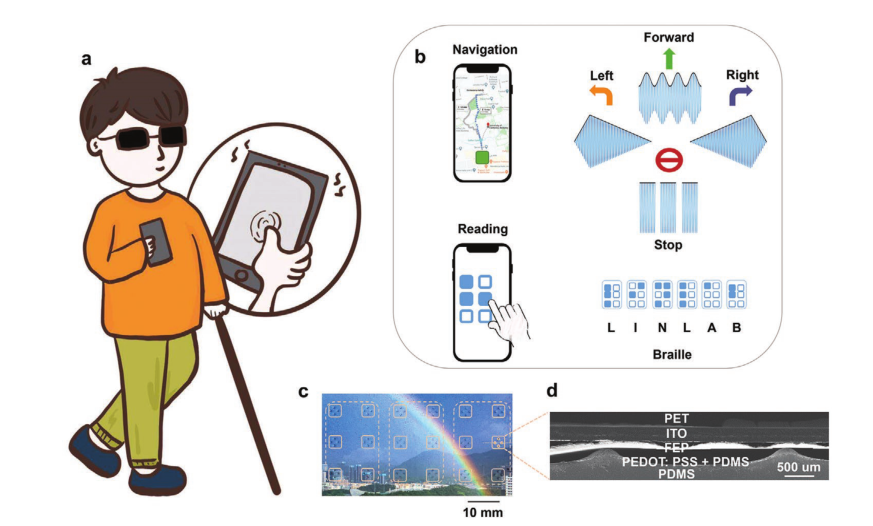 a) The concept of the tactile-assisted cognitive applications in a hand-held device for blind people. b) Two demonstration examples: top: tactile-assisted navigation with specific actuation patterns for left, right, forward, and stop command; bottom: tactile-based braille with six dots and the specific English alphabet patterns representing “LINLAB” as an example. c) An optical image of a fabricated actuator array for three braille systems. The system is transparent and the images below it can be clearly observed. The blue-color solid squares are added to illustrate the position of the actuators and the blue-color dashed lines are added to illustrate the locations of the three 3 braille systems. d) A cross-sectional SEM photo of the actuator.

The team’s results were recently published in Advanced Functional Materials under the title "Programmable Tactile Feedback Patterns for Cognitive Assistance by Flexible Electret Actuators." Associate Professor Qian Xiang from Tsinghua SIGS, Assistant Professor Zhong Junwen from the  University of Macau, and Professor Liwei Lin from the University of California, Berkeley are the corresponding authors of this paper. The first author is Jiang Tao, SIGS Ph.D. student. The authors of the paper also include Professor Wang Xiaohao, Qiu Wenying, Ye Xing, Liu Yuhan, and Li Yushi from SIGS. The team’s research work was supported by the Key Technologies R&D Project of the Science and Technology Innovation Commission of Shenzhen Municipality.