“Green hydrogen” refers to hydrogen produced in a clean way powered by electricity from renewable energy. Producing green hydrogen by water electrolysis is one of the important ways to deal with the global energy crisis and achieve the goal of carbon neutrality. Industrially, water electrolysis is carried out under high current density (HCD, > 200 mA cm-2). For example, The Fuel Cells and Hydrogen Joint Undertaking in Europe (FC HJU) proposed an ambitious goal that a current density of 2500 mA cm−2 for PEM water electrolysis should be achieved by 2030. Therefore, the design and synthesis of electrocatalysts with excellent performance under high current densities, as important problems in this field, are of great significance for the industrial implementation of this technology. 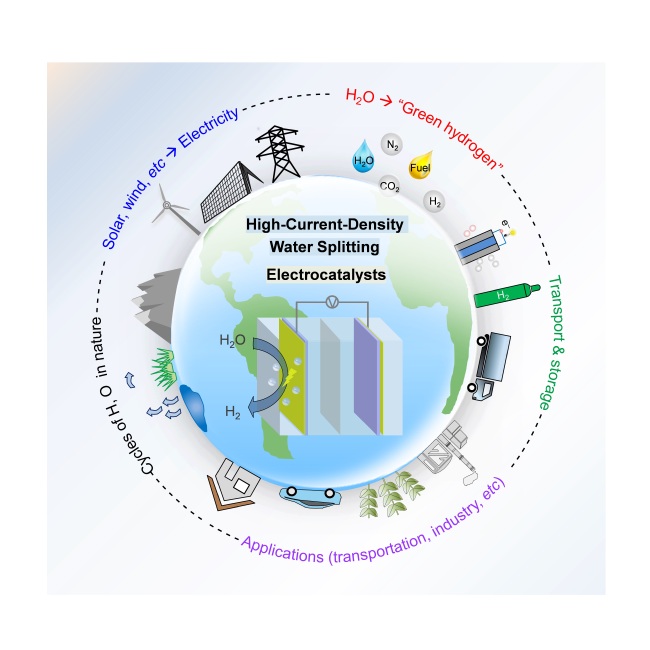 Figure 1.  A schematic showing the crucial role of high-current-density (HCD) electrocatalysts for the production of “green hydrogen” by electrochemical water splitting technology coupled with renewable electricity.

Under industrial conditions, water electrolysis always works under HCDs to pursue high efficiency of hydrogen generation. There are mainly two differences between low current density and HCD conditions. First, HCD usually means that a large bias is applied to catalysts, leading to an extreme polarization condition far from the equilibrium potential. Second, the electrochemical reaction is violent and fast under HCD conditions, accompanied by the fast consumption of reactants and fast generation of products near the catalyst surface. Besides that, the difference in effects of current density on catalyst performance between the oxygen evolution reaction (OER) and hydrogen evolution reaction (HER) under HCD conditions is also noteworthy. All of the aforementioned factors will influence the overpotential and stability of the HCD catalyst.

Based on the special features of HCD water electrolysis, five key aspects that are used to engineer catalyst performance at HCDs are summarized and discussed in the review, including catalyst dimensionality, surface chemistry, morphology, electron transport path, and catalyst-electrolyte interplay.

The five aspects discussed above are used to engineer catalysts to achieve efficient HCD water splitting. The engineering of any single aspect cannot produce catalysts with a superior HCD performance, and hence a multiscale design strategy for catalysts that engineering several aspects at the same time is necessary. 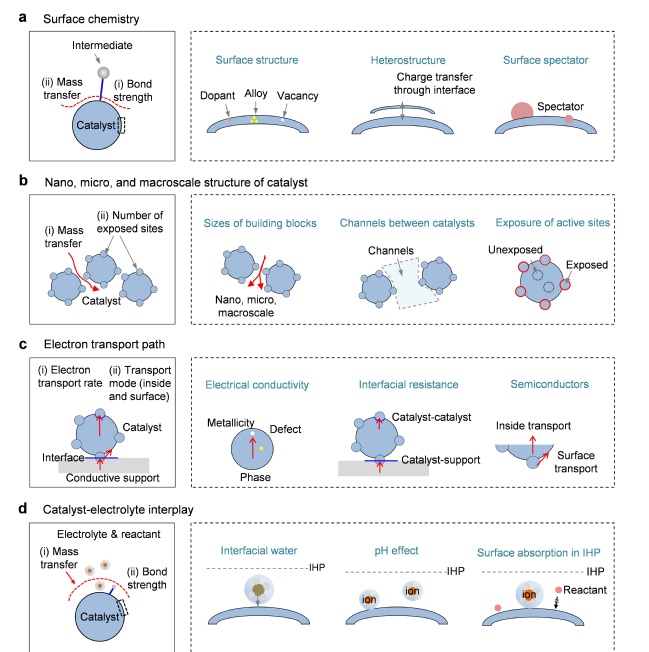 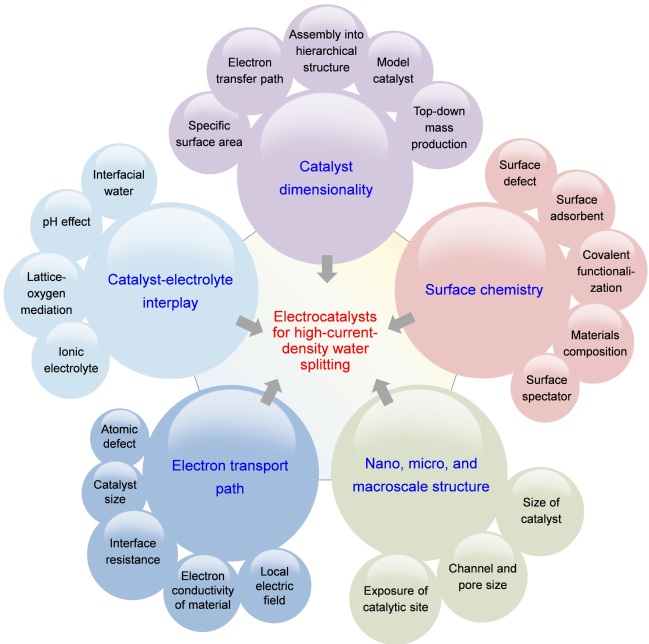 This review has recently been published in the journal Advanced Materials titled “Recent Advances in Design of Electrocatalysts for High-Current-Density Water Splitting.” The corresponding authors are Prof. Bilu Liu and Prof. Manish Chhowalla. The first author is Dr. Yuting Luo from SIGS (now a postdoc fellow in University of Toronto). The second author is Zhiyuan Zhang, a PhD candidate at SIGS. This work was supported by the National Natural Science Foundation of China; Guangdong Innovative and Entrepreneurial Research Team Program; Science, Technology and Innovation Commission of Shenzhen Municipality; Development and Reform Commission of Shenzhen Municipality; and the Industry and Information Technology Bureau of Shenzhen Municipality.