On the morning of December 12th, at the SIGS 20th Anniversary Ceremony, faculty, students, and staff joined special guests to look back at the innovation the campus has achieved in the past 20 years and discuss new developments for the future. 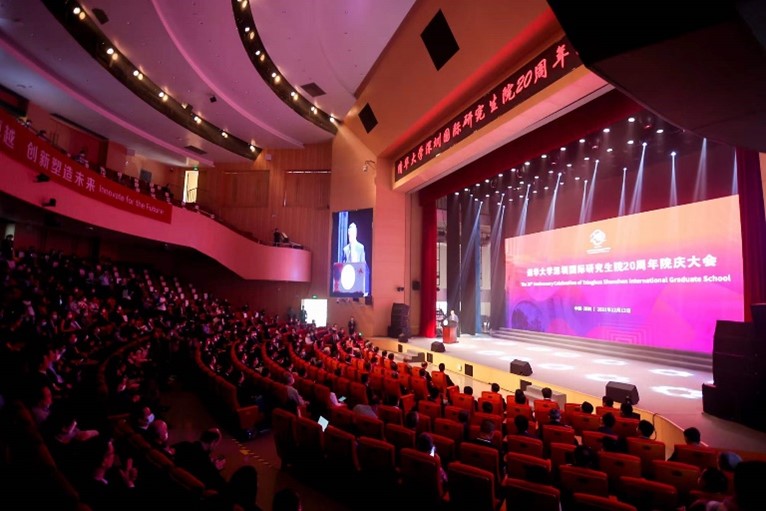 In his remarks, President Qiu offered congratulations to SIGS on its 20th anniversary. He also thanked the Shenzhen government and everyone who has supported the graduate school over the last twenty years and expressed his wishes for SIGS to become a world-class graduate institution. 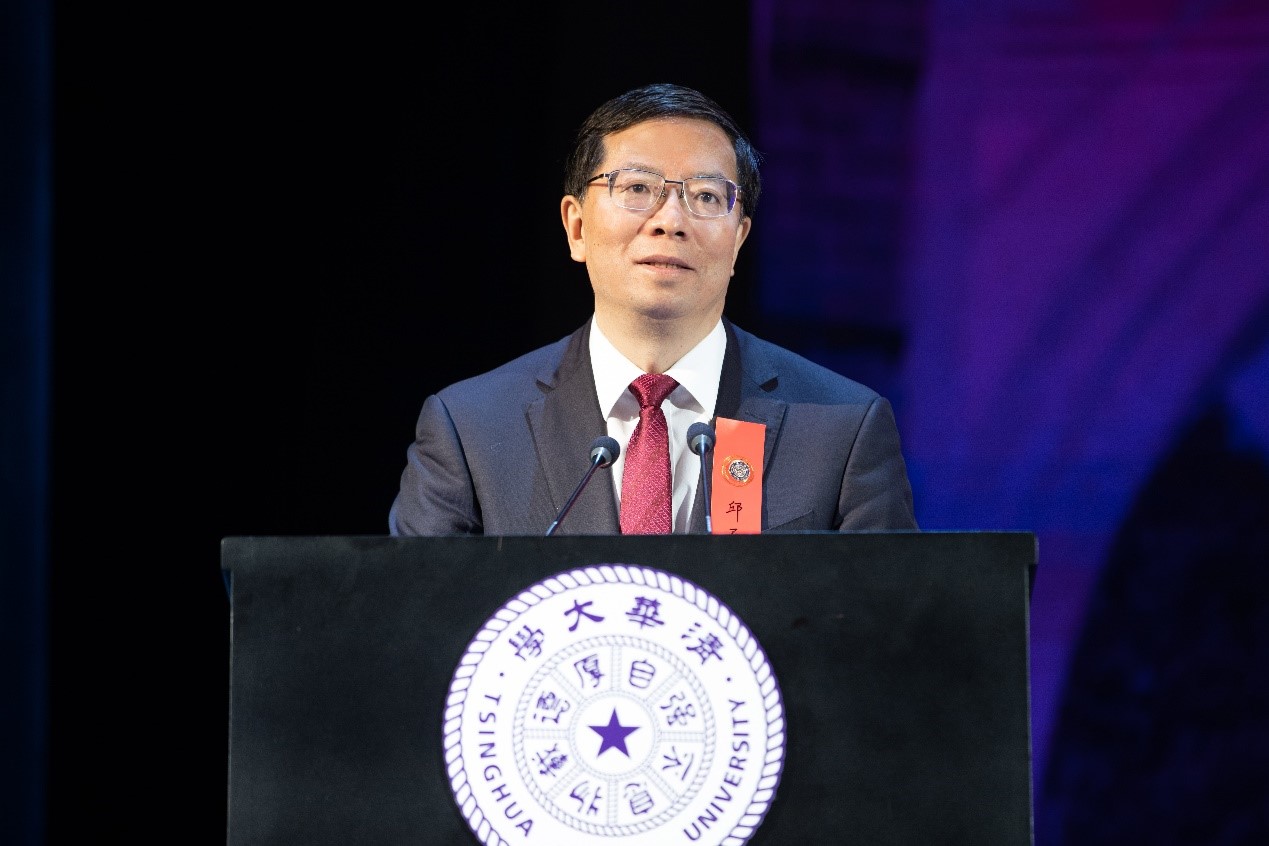 President Qiu continued by describing the graduate school’s beginnings: “20 years ago, Graduate School at Shenzhen, Tsinghua University was established by Tsinghua with the support of the Guangdong and Shenzhen governments as a response to the urgent need for exceptional talents and technological innovation necessitated by China’s reform and opening-up as well as the building of the Shenzhen Special Economic Zone.”

President Qiu remarked that Tsinghua SIGS is Tsinghua’s only educational institution located outside of Beijing and is an important carrier for implementing innovation-driven development strategies. He also pointed out that in this era of the country’s reform and opening-up, Tsinghua SIGS has undertaken an extraordinary path towards innovation and development and has made important contributions to Tsinghua’s emergence as a world-class university and the development of higher education in Shenzhen.

"Strive for excellence, innovate for the future. At this new starting point, Tsinghua will continue to support the development of Tsinghua SIGS. We are looking forward to and believe in the brilliance SIGS can achieve in the future," President Qiu Yong said, concluding his remarks. 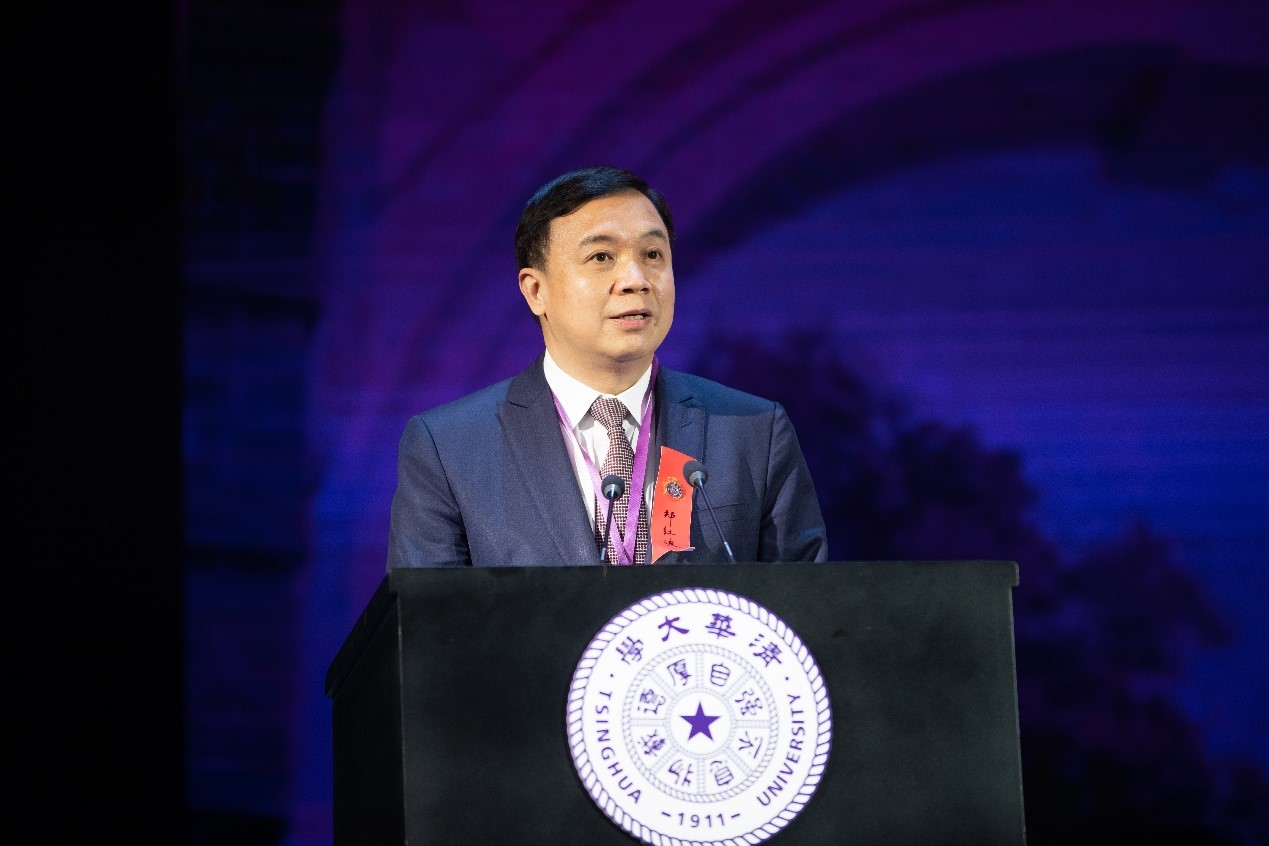 In her speech, Tsinghua SIGS Executive Dean Gao Hong reported on the school’s development and successes in the past twenty years, touching on talent cultivation, academic discipline establishment, scientific research, and international collaboration. “SIGS continues to maintain the Tsinghua standard while making use of Shenzhen’s unique advantages. We will continue to strive to build an international campus with a talented, international faculty team and explore international education models. In the process of making contributions to the development of Shenzhen, the Greater Bay Area, China, and the world, we will build a world-class graduate institution,” Executive Dean Gao concluded. 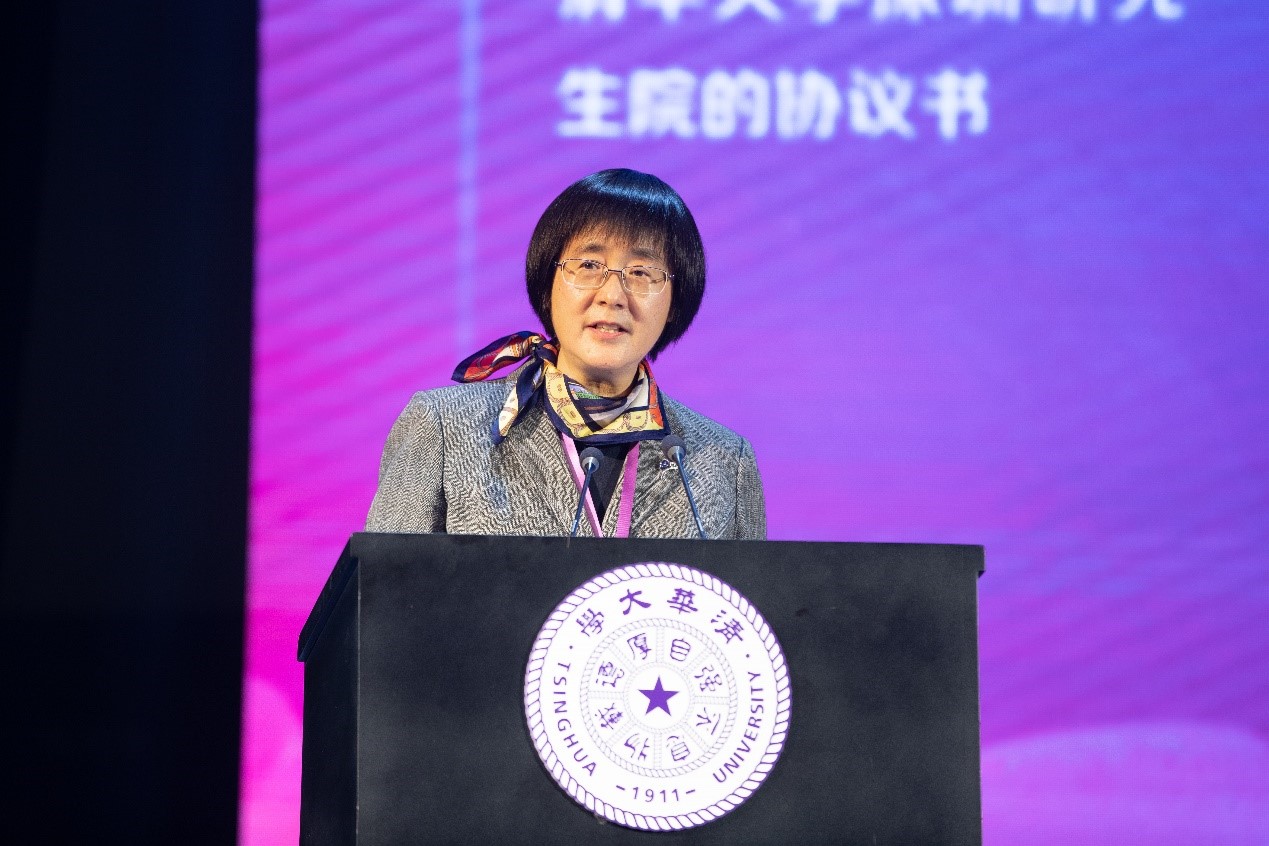 After, Xue Qikun, president of Southern University of Science and Technology (SUSTech) and academician at the Chinese Academy of Sciences, spoke on behalf of Tsinghua’s sister universities and offered his thanks for the extensive cooperation and deep friendship between SUSTech and SIGS over the last twenty years. He expressed his hope that Tsinghua SIGS will join sister universities in remembering the mission for Chinese universities in the new era and focusing on new academic developments and the country’s needs. 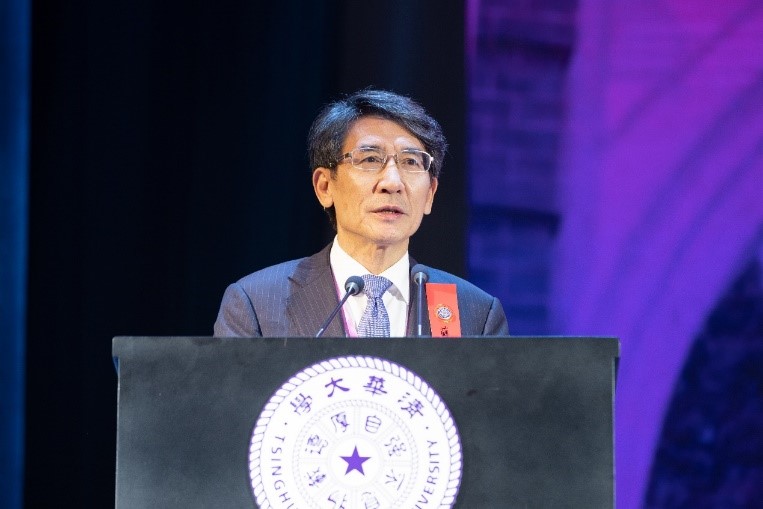 Randy Katz, vice chancellor at UC Berkeley, and Juliane Winkelman, senior vice president at the Technical University of Munich (TUM), sent a video of congratulations and offered a look back at the cooperation between their respective schools and Tsinghua SIGS. They also noted the success Tsinghua SIGS has achieved in educational innovation and international education. They expressed their wishes to strengthen ties and collaborate more closely on educational exchange and research. 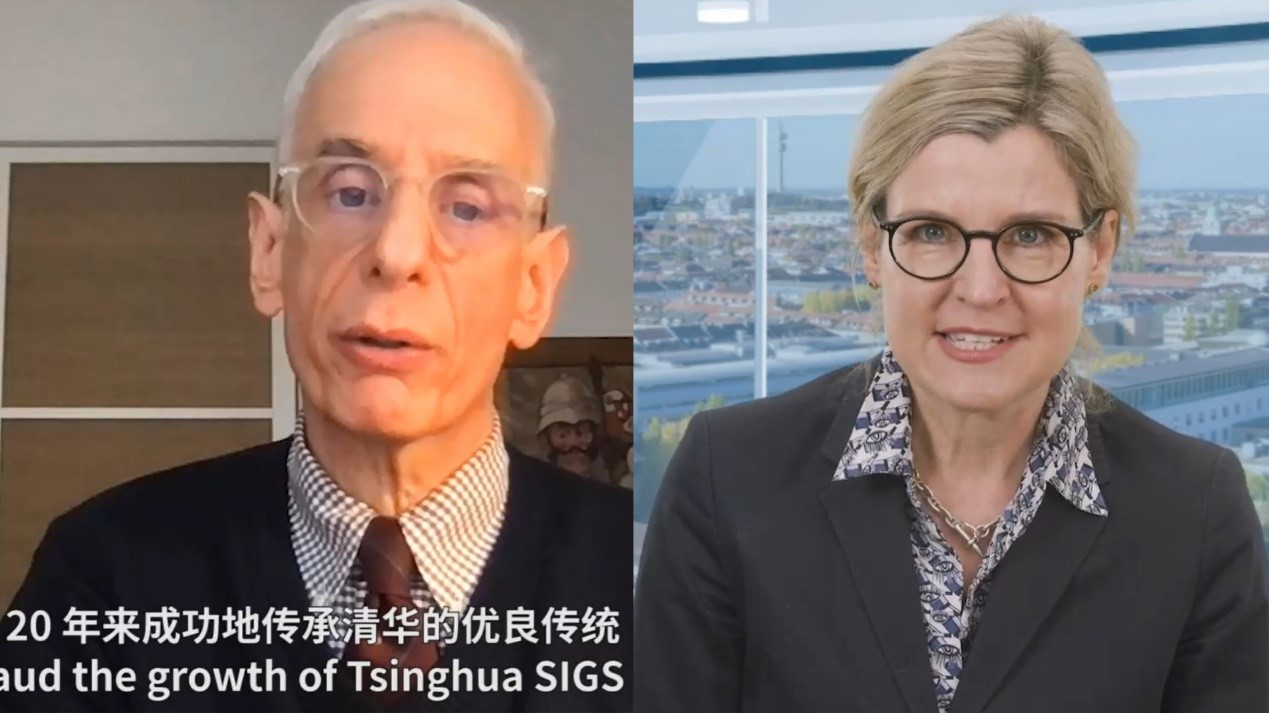 After, Xu Hang, Chairman of Shenzhen Parkland Group Co., and Zhu Rui, Chairman of Shenzhen Vivolight Medical Equipment Technology Co., spoke on behalf of Tsinghua alumni. They shared their experiences at Tsinghua and recounted their road to entrepreneurship in Shenzhen. At the end of their remarks, they thanked Tsinghua for the education and opportunities it offered them. 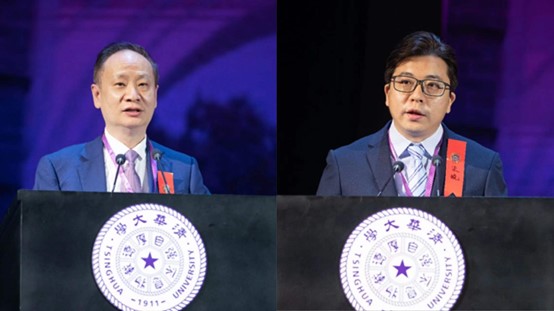 After their speeches, the launch ceremony for the Parkland-Tsinghua Grant Program for Tsinghua SIGS began. Together, Tsinghua President Qiu, Vice Mayor Zheng, and Parkland Group Chairman Xu Hang lit up a moving sphere on stage to mark the official beginning of the program. In 2021, the Parkland Public Welfare Foundation and the Tsinghua University Education Foundation collaborated to set up the Parkland-Tsinghua Grant Program. Within the program, a special fund has been set up for Tsinghua SIGS. This program will help to establish distinguished professorships and support the development of young professors, international training, internationalized education, and high-level academic exchange events. 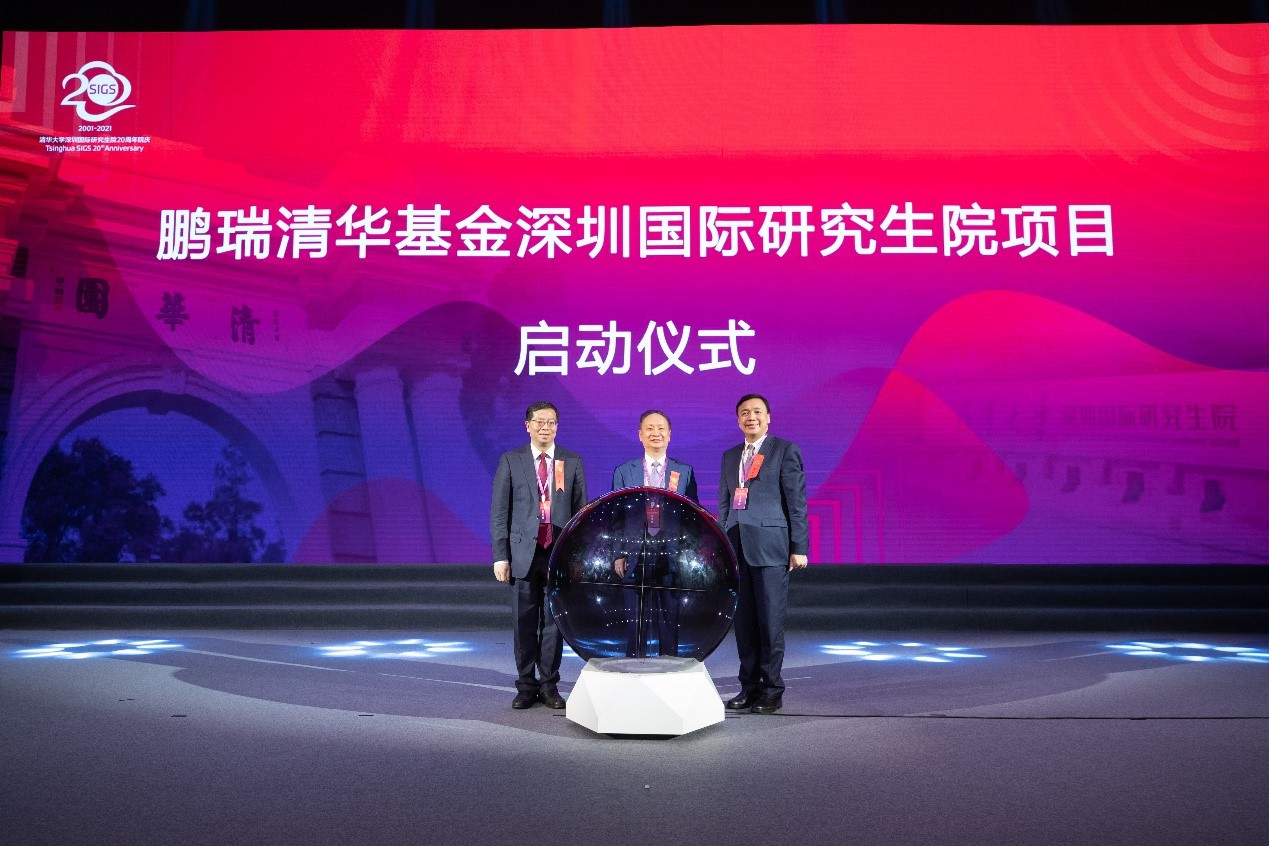 Next, to offer their congratulations, teachers, students, and former alumni joined together to perform the Tsinghua school song and poems about southern China. 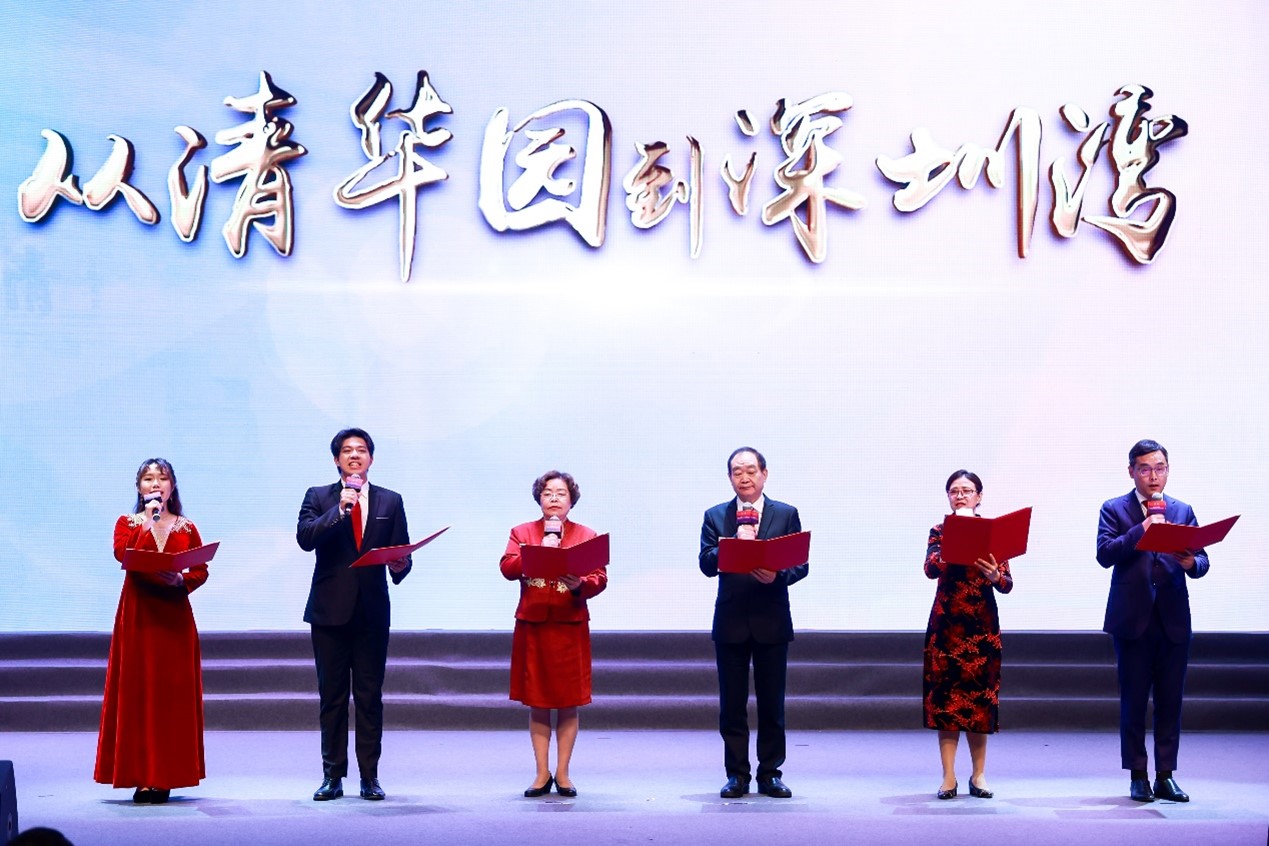 Along with the SIGS 20th Anniversary Ceremony, other events also took place on campus, including a gala, running event, carnival, and the unveiling of the campus’s newest statue Junzi.

In 2001, Tsinghua SIGS’s predecessor, Tsinghua Graduate School at Shenzhen (GSST), was established. With GSST, Tsinghua began its journey in the innovation hotspot of Shenzhen and opened a new chapter in the exploration of innovation in higher education. Many former Tsinghua alumni have come to Shenzhen to develop themselves and their careers.

When Tsinghua SIGS was officially unveiled in 2019, it became home to many of Tsinghua’s top-rate engineering programs and its innovation management program. It continues to build upon the innovative graduate education system and the “6+1” theme areas created by its predecessors. Over the last twenty years, SIGS has admitted 167,000 students. One-third of students have remained in Shenzhen after graduation to support the growth of the Greater Bay Area. Many have gone on to become leaders in their respective fields.