The results of the 2022 40th Cycle World Architecture Community Awards were announced online on April 21st. Students Chester Goh, Shukwan Tung and Yuhan Hong from the SIGS Institute of Future Human Habitats won for their project Super-Hydro-City! in the Student Award category. 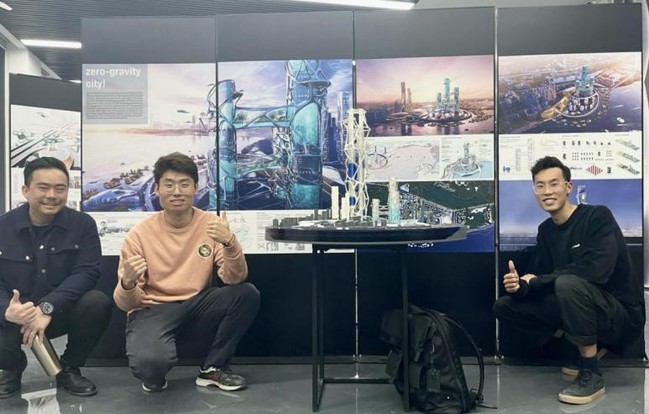 The team’s award-winning submission, Super-Hydro-City!, addresses the issue of potential rise in sea level in the bay of Shenzhen City in 2050. This phenomenon will lead to the coastal area being partially submerged and therefore gradually diminishing the urban platform of the city. 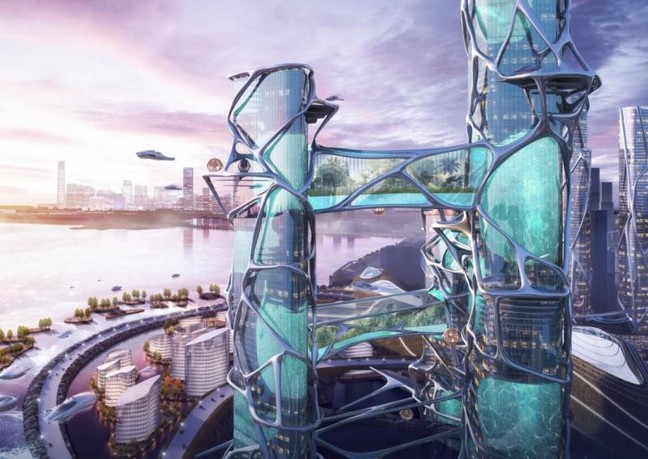 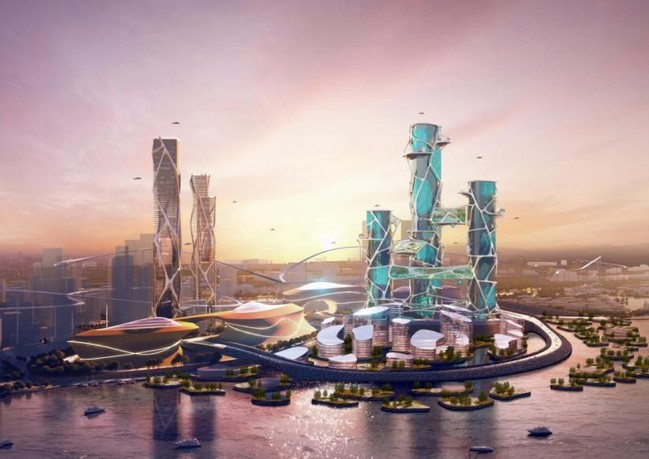 Through computational and data-based driven design, the team’s proposal seeks to explore the possibility of introducing water as a new element of building typology to combat rising sea levels and buildings as infrastructural systems to increase urban mobility. These are proposed and explored through performance oriented parametric design of exoskeletal framework structures. Excess sea water will be pumped up, desalinated and redistributed into the different pockets of water bodies in the building through the exoskeleton facade.

The waterbodies at differing heights in the tower are designed as a device for potential energy storage and release system using a hydro-pump and hydro-generator. The energy would be supplied back to the existing urban infrastructural grid.Apart from the existing inner building structural cores, the exoskeleton seeks to promote structural stability by bracing, supporting and reinforcing the building due to the high-density water load.

Water has an excellent thermal mass that could absorb thermal energy within the building during the hot summer days, thus significantly reducing the cost of air conditioning in the towers. The buildings are inter-connected by sky-garden pedestrian bridges that act as a green ecology system where rainwater can be used to collect for grey water harvesting and irrigation.

Sectional Diagrams of the proposed site

By implementing a “gondola system” through electromagnetic levitation on the surface of the exoskeleton, the entire city’s traffic can be reorganized, re-gravitated, even levitated, forming enriched interconnections between all modes of transportation. The gondolas are designed to move freely, horizontally and vertically along the exoskeleton. This entire system will be replicable and can be adapted to other cities solving the problem of rising sea levels. 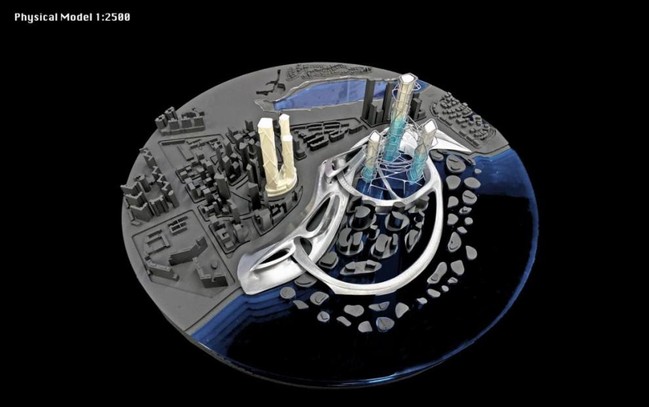 The project team was led by Dean Peter Russell and Visiting Associate Professor Gao Yan from the Tsinghua SIGS Institute of Future Human Habitats as well as Professor Tom Verebes from the School of Architecture and Design at the New York Institute of Technology (NYIT-SoAD) and Louise Holloway, director of the Energy Endeavour Foundation. Their work is based on a project at the M.Arch Design Studio - Transit Orientated Urban Compound Hub (TOUCH), a joint studio with NYIT-SoAD. The studio aims to propose a visionary prototype of TOUCH in Shenzhen Bay through a series of data-based urban architecture concepts to inspire new possibilities and justification for the concurrent urban redevelopment in the Greater Bay Area and beyond.